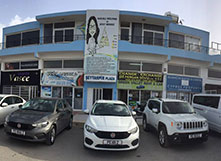 Green Valley has been continuing to add brand new cars to its fleet like every year! 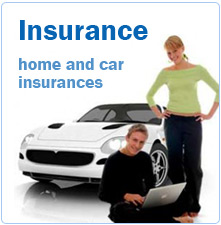 North Cyprus, an untouched area which has preserved its natural beauty, offers you a wonderful opportunity to get in touch with nature and feel the inspiring power of freedom. The fresh clean air, the burning sun, shining from behind Beshparmak Mountains, and the vast sea of Mediterranean will encourage you to visit the island again and again... The hospitality of local dwellers and the rich history of the island, which has kept the best examples of archaeology and cultures of different epochs, will make a memorable impression.

Cyprus was divided into two autonomous governments in 1974. This happened because of linguistic and cultural differences, which resulted in communal friction, which lasted for 11 years. Consequently, Greek Cypriots occupy the south and Turkish Cypriots occupy the north sides of the island. The border, known as the “Green Line”, lies through Nicosia, the capital of both South and North Cyprus, and separates the two countries.

Cyprus has an intensive Mediterranean climate with long dry summers from the middle of May to the middle of October, and mild winters from December to February, which are separated by short autumn and spring seasons. Summer is the season of high temperatures with cloudless skies; however, sea breezes create a cool atmosphere at areas by the sea shore. Winters are mild with little rainfall, even though in January, the coolest month, daylight hours are up to six hours a day. In summer months, you only need light clothes. In autumn and spring, light warm clothes are suitable, but in the evening you may need a pullover. In winter, it’s better to be ready for any kind of weather, which can occur during the European spring.

The rich geography of North Cyprus lets you enjoy the variety of beautiful tours through different landscapes: walks in the mountains, on the seashore and in the country.

The natural beauty of the island, the simple hospitality of local inhabitants and wonderful climate unite together to make your vacation in North Cyprus unforgettable.

With numbers of visitors only one tenth of those in the South, Northern Cyprus is still largely populated by locals, and it is said that it is not only the most beautiful area, but also the best part of the Mediterranean.

Surprisingly Northern Cyprus has a livelier side despite its serenity and natural tranquillity. The region of Kyrenia has more than 300 restaurants and taverns, and the island offers a variety of leisure pursuits such as horse riding, karting, paragliding, trekking and water sports.

In Northern Cyprus the opportunities are endless!..